Climate change is unfair. While rich countries can fight against rising oceans and dying farm fields, poor people around the world are already having their lives upended – and their human rights threatened – by killer storms, starvation and the loss of their own lands. Mary Robinson asks us to join the movement for worldwide climate justice. 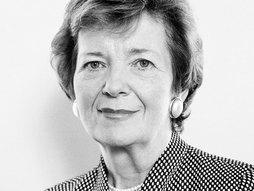 Mary Robinson served as president of Ireland from 1990 to 1997, and as UN High Commissioner for Human Rights from 1997 to 2002. She now leads a foundation devoted to climate justice.