Note: The regional blackout happened in Texas recently sends alarms to many. The following was taken from a document that Richard Nelson, inventor of SolaRoof, wrote in the past. Now we post it here with some editing to help ordinary people have a critical thinking and understand the basics concerning buildings that have been poorly designed for so long. Yes, they look magnificient for eye balls, but not efficient and smart.

What is a Building?

The most important buildings are homes and the most significant use of SolaRoof “Livingry” would be to enable people everywhere to build dwellings that provide safety, security and a refuge in times of trouble. Our greatest family investment should be more than shelter, it can be a source of natural prosperity, accessible to all, with no family left behind.

What most people can relate to is that a building, a home, is at the least, “4 walls and a roof over our head”. But, what we can say about this simple concept is that the roofs we all think of and know as shelter for human habitat – all these previous roofs in history – they have been opaque. The consequence of this fact is that, under the mid-day sun, all of these opaque roofs get hot and create overheating that, in hot climates or seasons, destroys our comfort within these “built environments”. 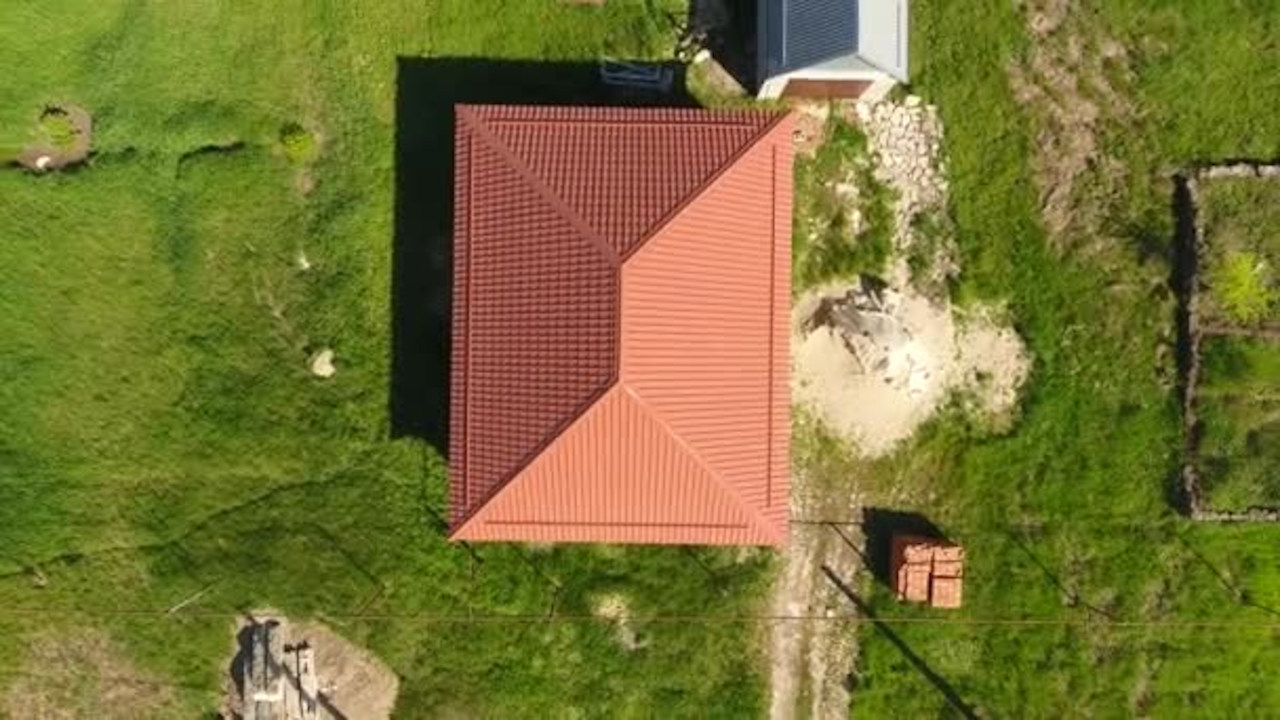 Architects and engineers are concerned with “cool-roof” design for a “passive” strategy for the reduction of “active” mechanical air-conditioning of buildings in hot climates. As an inventor, my position is that incremental innovation (for example, improved paints) that can be applied to reduce this overheating and thereby reduce energy for cooling our buildings is not sufficient to overcome the global challenge presented by what I would rather call “the hot roof problem”. Because, even with efficiency improvement, the truth is that the opaque roof is not capable of becoming a “cool roof” but will continue to be more or less hot.

I present SolaRoof as a technology for a true “cool roof” paradigm shift, with the distinctive quality of being highly transparent. The transparency of the SolaRoof, that enables a new Ecological Architecture paradigm, supports a living eco system inside our built environment providing not only comfort, but also regenerative life support for inhabitants. A vital humanitarian innovation – accessible to the people of the world who can and will also inhabit this new “EcoDynamic” built environment. 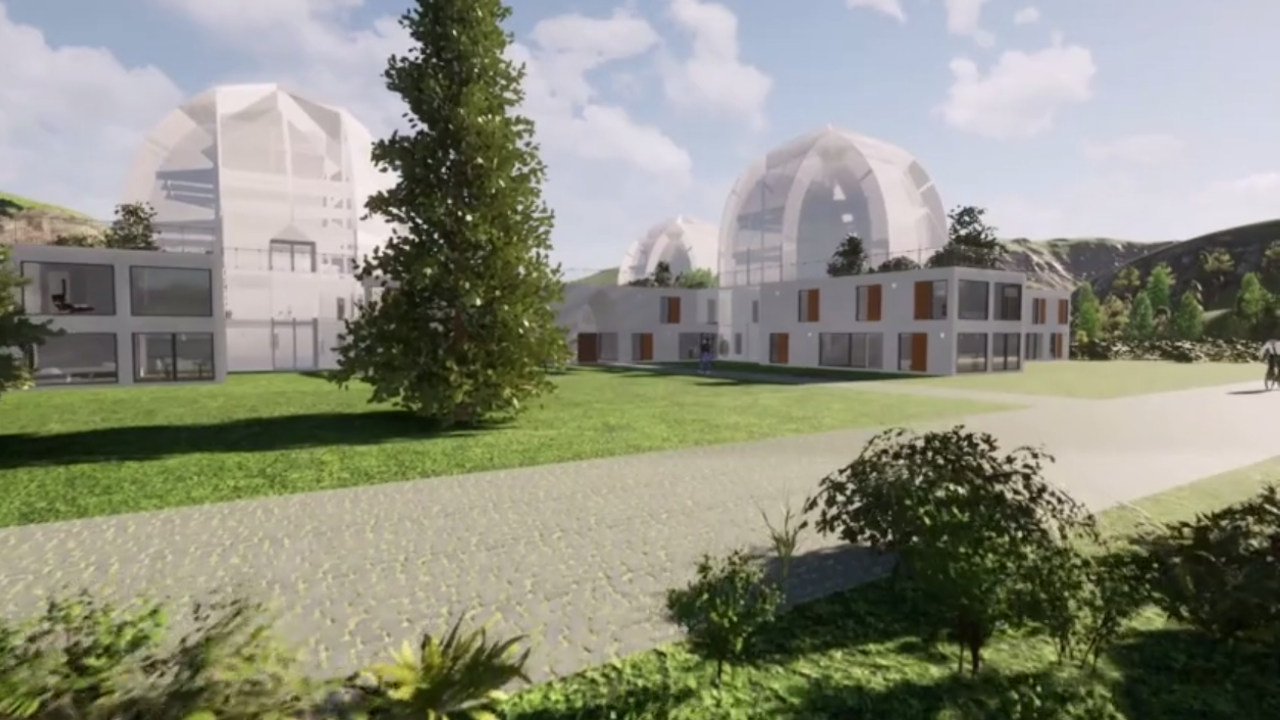 In contrast, the conventional opaque roof construction has high-absorbing and low-emissive radiant energy properties that work to convert solar energy to overheat the roof surface and attic, through which high temperature heat then propagates through the roof (by conductance) and causes the overheating of the building interior. Insulation slows this heat flow into to the building but cannot stop it and so we resort to cooling and air-conditioning within the building. The insulation of an opaque roof also has the affect of trapping heat in the building envelope and preventing the radiative cooling of the building interior. These physical properties of existing roofs are not dynamic but are static and locked-in, therefore delivering a performance that cannot be ideal at night if ideal for mid-day performance; cannot be ideal in the winter, if designed for best results in summer. So, we pick the dominant problem and optimize static (passive) design to reduce this impact.

Current passive design, faced with the variability of Nature, has adopted the approach to completely isolate the built environment from natural, ambient energy using super-insulated, massive-passive architecture – in which our habitation, with restricted glazing, is disconnected from sun, and from night sky cooling. The consequence is that our built environment is optimized for a dominant hot climate or cold climate and fails to capture and use solar energy and is devoid of any possibility to directly contribute to human life support. Our urban cityscapes are absent of any self-sustaining ecosystem and is an energy, food and water black hole, sucking in largely non-renewable resourcesand pushing out garbage, waste water and air pollution. It is widely recognized that our homes and buildings remain the largest source of GHG causing global warming. 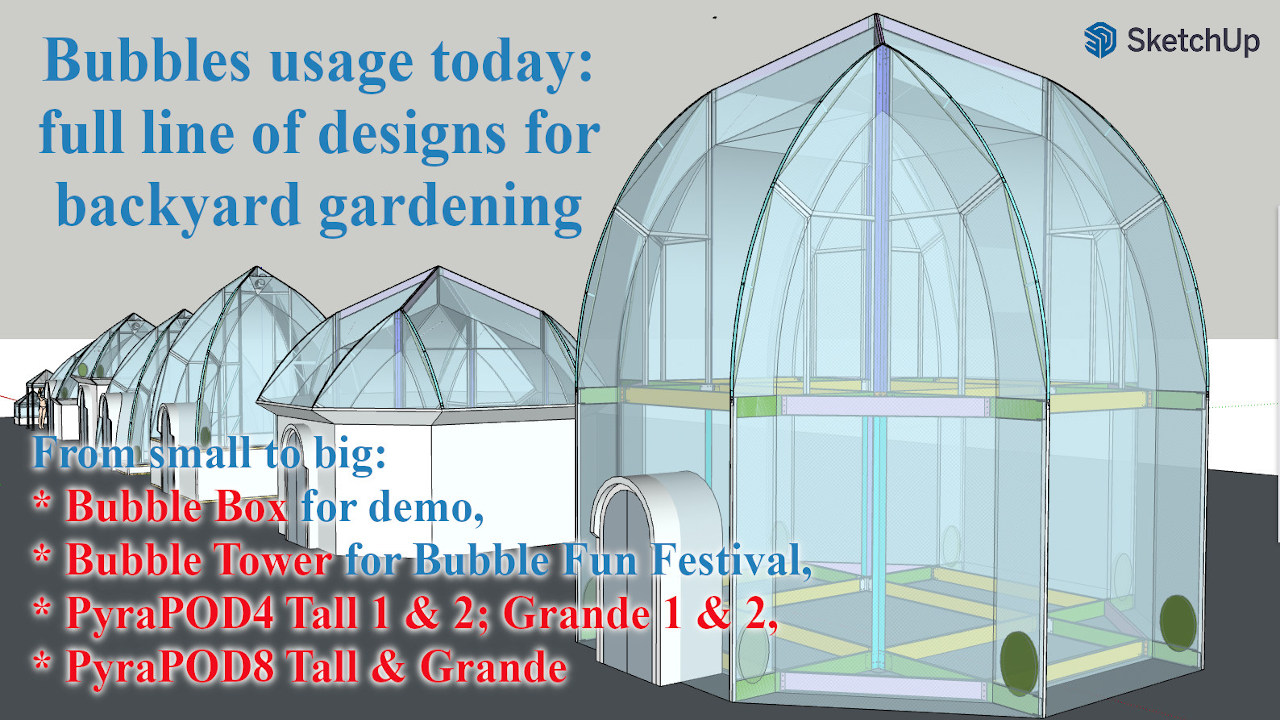 When Architecture is moving in this direction of disconnection from the sun, from the environment, from the climate, from life; with design lacking in imagination, creativity and complexity, we not only fail to provide life support to human beings living in such habitat, but we structure a lifestyle lacking in empathy with nature and from this limited experience and narrow scope of expertise, the professionals are unable to think “out of the box” and conceive a regenerative design approach, which is essential to “sustainability” and to the accomplishment of the UN SDGs.

Therefore, with this bias, we find that in the midst of global human crisis, brilliant minds are not working on solutions but are fixated on problems and seeking improvements to failing systems, such that even with our best efforts, we are still on a trajectory to a probable extinction event for all of life, including a human population collapse. (See my White Paper “closing the hunger gap”).

Considering the plight of billions living in poverty, what we see are the ubiquitous “tin roofs” of the tropics, which are the most common shelter for poor people across the world and generally for slum communities and farm structures. These opaque metal roofs convert solar energy to a hot roof, because emissivity of the zinc coating is very low. None of these roofs are ever going to be cooler than the hot ambient temperature; just not becoming substantially hotter than the daytime high temperature seems to be the nearest approach to a “cool roof” that is possible with the current roof paradigm. 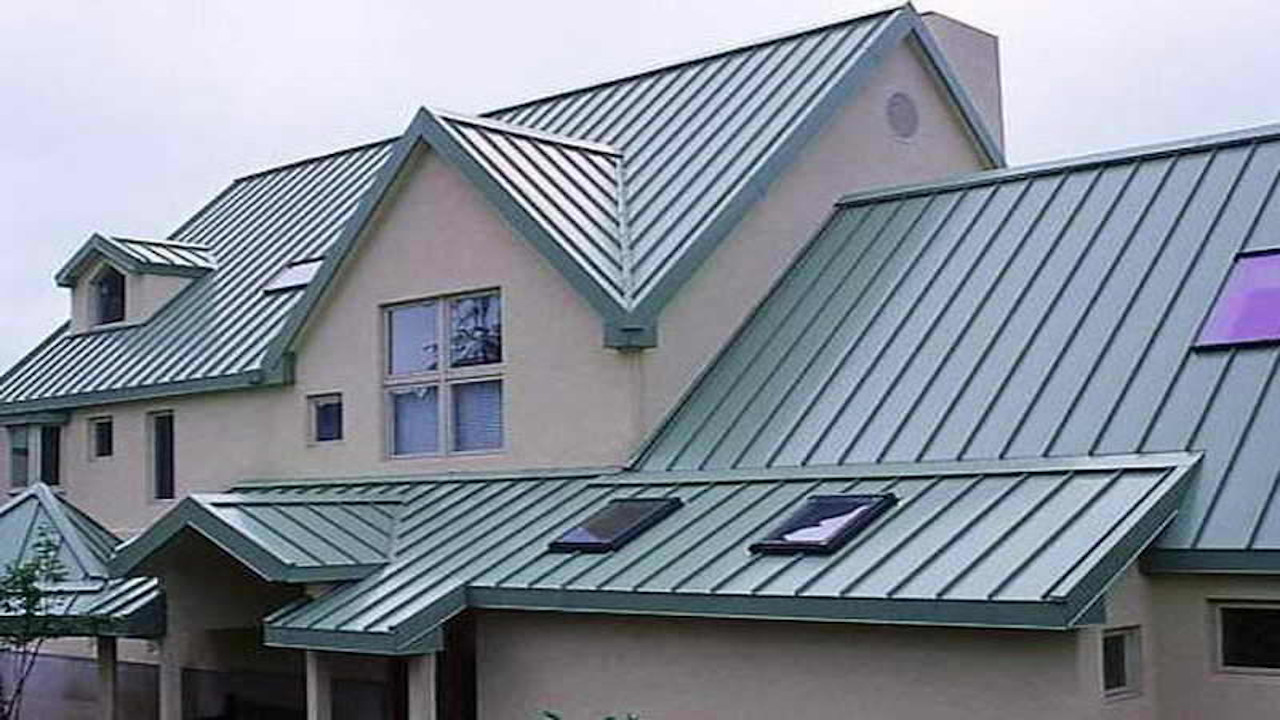 In contrast, with SolaRoof, even when using low cost materials, we create a cool roof that is entirely transparent to all of the radiant spectrum. This is not the same as “window clear”, what it means is that there is the least possible reflection or absorption of any radiation and there is maximum transmission of radiation (which may be scattered by refraction) passing through the covering materials. Therefore, our design enables a high transmittance of radiant energy in both directions: radiative solar energy can pass through the SolaRoof during the day, and thermal heat radiation can pass out through the SolaRoof to the cool night sky (especially to the cold night sky of the arid lands) making it possible to radiatively release thermal energy at night that can balance the thermal gain during the day.

The inner skin temperature of the double layer building envelope is controlled by a thin flowing liquid film that is drawn from an on or in-ground storage tank and circulated to the roof and wall areas that are chosen for removing, by condensation, the “latent heat” of the transpired vapour such that solar thermal energy is never converted to overheating as happens in a conventional building. 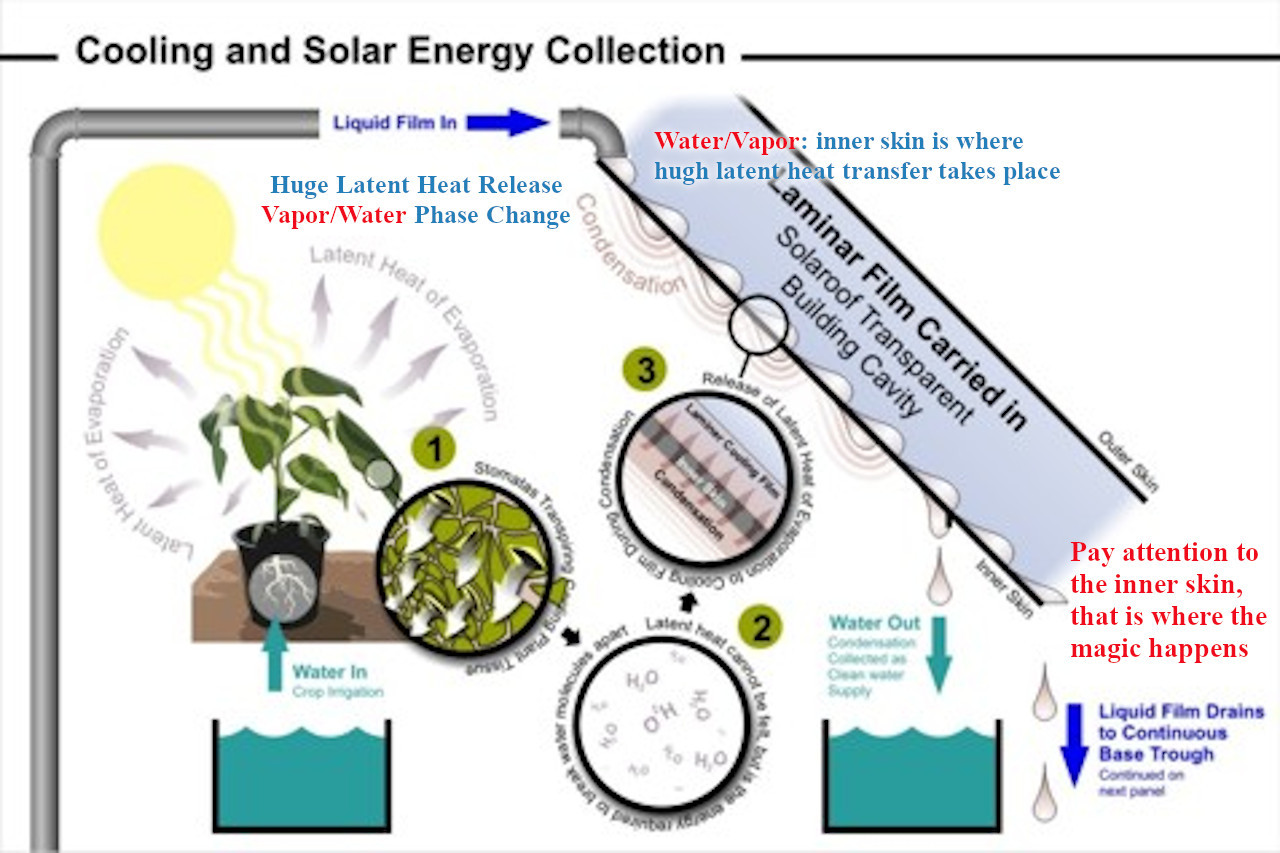 Our SolaRoof is always cooler than the daytime hot outside ambient temperature, in fact the inner skin is typically 20 degrees F below the comfort range (70 to 74 degrees F) maintained within the building. This results in actual cooling of the SolaRoof to a temperature that could be called a “cold cloud roof” in an overheating world. “Cloud” is a reference to the Liquid Bubble Insulation and Shading technology that is integral with the standard SolaRoof.In another advantage, the SolaRoof closed, controlled ecological environment system, is extremely low energy. No vapour compression cycle mechanical system is required. Only the circulation of the Liquid Film is required during the day (to capture heat) and during the night (to release heat).

The efficiency of this system is enhanced by the use of the Liquid Bubble Insulation and Shading system that can operate concurrently with the Liquid Film cooling, resulting in a great reduction of the necessary volume of Liquid Thermal Mass, which is the thermal flywheel for the daytime energy capture and storage in the low temperature (50 to 65 degrees F) Liquid Thermal Mass. Unlike the conventional thermal mass storage concept of “passive” architecture, that relies on massive solid structures within (heavy walls, floors and roofs) or below the building, our EcoDynamic system relies on a large volume of water that includes the “working liquid”, which is the soap solution, that is thermally coupled to water reservoirs that also have other functions. This liquid thermal mass flywheel will warm only 2 or 4 oF during one diurnal cycle (even in the hot tropics or hot desert climates) and the daytime heat gain is radiatively emitted to the sky overnight. 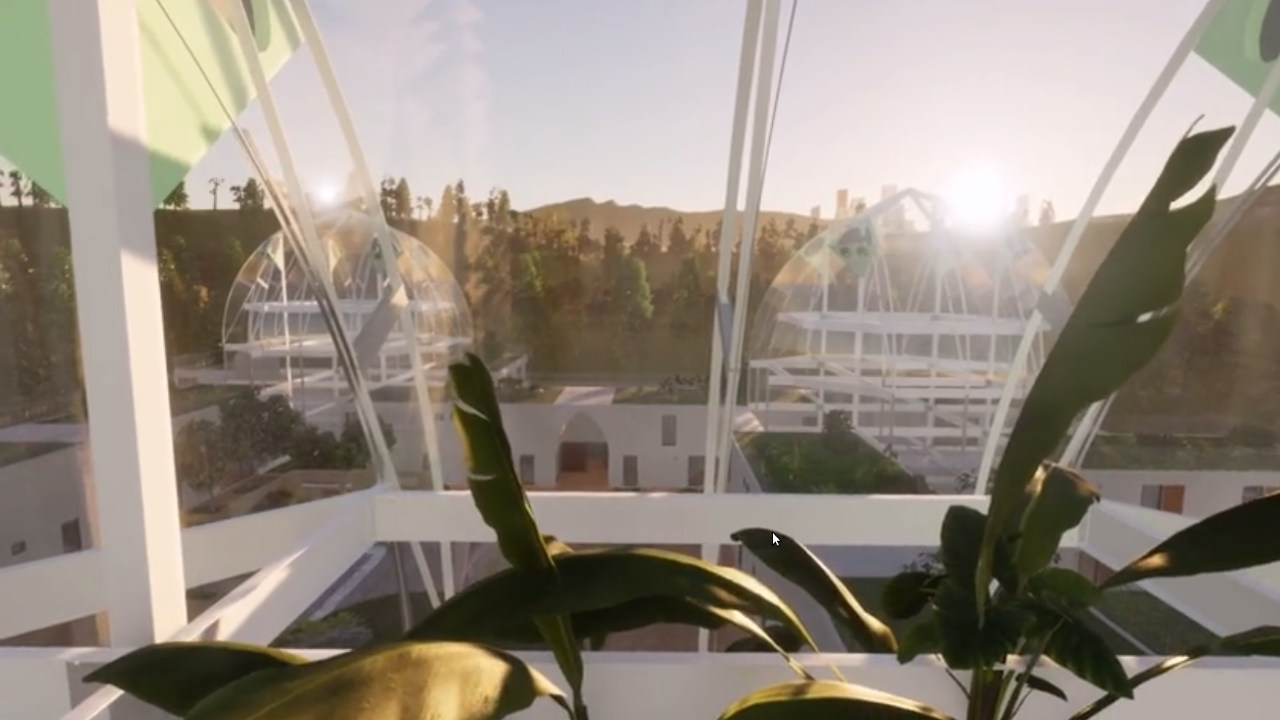 This capability to radiate the thermal energy transmitted at low (dew point) temperature to the Liquid Thermal Mass during the day, is again due to the transparency of the building envelope. Both the inner and outer skins transmit across the entire radiative spectrum, that includes not only the solar spectrum but also the far red (long-wave) thermal spectrum emitted by the Liquid Film at night.

During the day energy is flowing to the Liquid Film, but at night the energy is flowing out by means of radiative emissions to the night sky. In the arid lands this is especially effective, because the night sky temperature is very cold in the hot desert regions.The strategies for cooling opaque roofs have a relatively modest impact, because the roofs still become far too hot and this problem is the source of the air-conditioning load on our electrical grid. Air-Conditioning is the only option when the daily highs are too hot (and humid) to cool with ventilation.

When buildings don’t even cool down overnight then this is life threatening. Long term exposure to temperature above 95 degrees F is a danger to health and safety because sleep is affected and the heart is stressed. Sustained high temperature plus high humidity during heat waves is deadly. Ongoing heat stress is as dangerous to life as the more visible “heat stroke” crisis that is a recognized killer of vast numbers of people. Recent science journal publications have projected the adverse impacts of Global Warming to include a steep increase in the number of days per year of “heat waves” in the Cities of the world. The Cities are doubly stressed because of the phenomenon of “heat island” effect – meaning the overheating of the city-scape that is magnified because of the vast area of opaque roofs and paved surfaces and no significant plant foliage or with plants and tree cover stressed by drought (with dead and dry bush adding a fire risk). 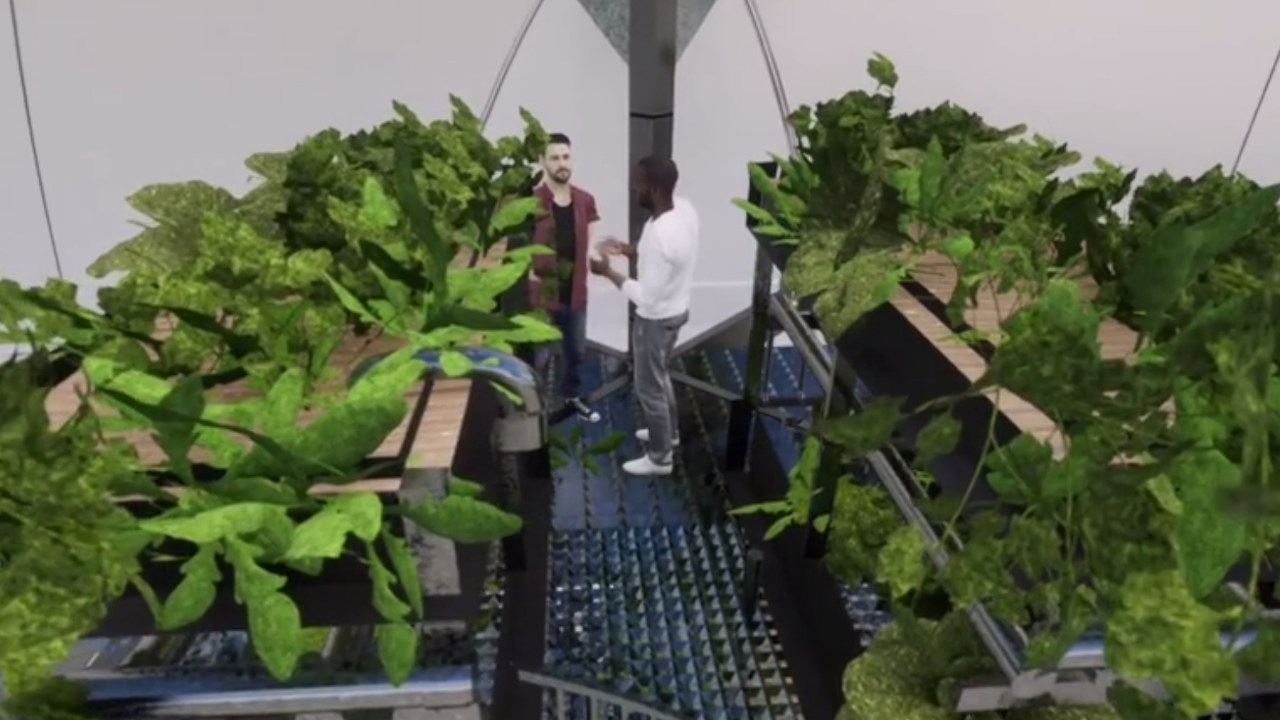 Therefore, we have multiple reasons to aim for a transformation (not simple improvements) of our built environment and that is what we are achieving with the SolaRoof transparent building envelope. In this new paradigm we do not seek to reflect the sun’s energy, which is a loss of the most clean, most accessible and most abundant energy available to everyone, everywhere.

The SolaRoof paradigm receives, transforms, captures the sun’s energy and therefore people in their homes and communities in their built environment can benefit substantially from the transparency of the building envelope, and as a consequencethere is structural and materials technology innovation required for the best implementation the SolaRoof building system.

The transformative paradigm shift can quickly be implemented to establish a new baseline function for buildings that have a negative energy consumption. Future generations will pursue improvements to the this new paradigm over decades ahead to establish even more savings, but the revolution is here and immediately attained with the universal adoption of SolaRoof.

Most of what I anticipate to be possible with the SolaRoof technology can be achieved rapidly with existing technology and while the future improvements will add capability and some degree of greater efficiency and effectiveness, we can make the shift now from the current negative performance of our built environment to the new positive EcoDynamic building. LifePOD Demonstration is needed now to trigger thecritical leap forward to build the future of our dreams.